Whole Number and not a Fraction

One Day a Jewish person came to Imam Ali (krw), thinking that since Imam Ali thinks he is too smart, I’ll ask him such a tough question that he won’t be able to answer it and I’ll have the chance to embarrass him in front of all the Arabs.

He asked “Imam Ali, tell me a number, that if we divide it by any number from 1-10 the answer will always come in the form of a whole number and not as a fraction.”

The Jewish person got astonished but as he was a polytheist (Mushrik), he still didn’t believe Imam Ali (krw.). He calculated the answer Imam Ali (krw.) gave him.

To his amazement he came across the following results:

The Five Loaves of Bread

Zarr Bin Hobeish relates this story: Two travelers sat together on the way to their destination to have a meal. One had five loaves of bread. The other had three. A third traveler was passing by and at the request of the two joined in the meal. The travelers cut each of the loaf of bread in three equal parts. Each of the travelers ate eight broken pieces of the loaf.

At the time of leaving the third traveler took out eight dirhams and gave to the first two men who had offered him the meal, and went away. On receiving the money the two travelers started quarrelling as to who should have how much of the money. The five-loaf-man demanded five dirhams. The three-loaf-man insisted on dividing the money in two equal parts (4 dirhams each).

The dispute was brought to Imam Ali (krw.) (the Caliph of the time in Arabia) to be decided.

At this Imam Ali (krw.) replied, “You can have only one dirham. You had eight loaves between yourselves. Each loaf was broken in three parts. Therefore, you had 24 equal parts. 8×3=24

As such the guest shared 1 part from your loaves and 7 from those of your friend. So you should get one dirham and your friend should receive seven dirhams.”

Imam Ali (krw) was once interrupted while he was delivering a sermon from the pulpit by someone who asked him how to distribute the inheritance of someone who had died leaving a wife, his parents and two daughters. The Imam instantly answered:

This answer is in fact the result of a long analysis with a number of steps. Ordinarily, we have to decide on the original share of each of these heirs, in the following way:

The wife takes one eighth, in view of the presence of an inheriting child. [Holy Quran 4:12]

The deceased’s father and mother take one sixth each. [Holy Quran 4:11]

This means the share becomes less than 1/8 in view of the increase of the total of the shares which are so fixed and prescribed. So the one eighth, the original share due to the wife out of twenty-four total shares, has become three shares out of a total of twenty-seven, which is one ninth.

Imam Ali’s mind went through this complex mathematical process in a second!

> This approach has its roots in the history of the two authors: one has a background in socio-constructivist analysis of instruction. The socio-constructivist approach was inspired by a desire for understanding; the other has done work on realistic mathematics education (RME) that is carried out in the Netherlands. The RME approach is built because of a need for educational change.

> This chapter defines what design research is by discussing the three phases of conducting a design experiment: preparing for the experiment; experimenting in the classroom, and conducting retrospective analyses.

> This book uses an experiment on statistics to illustrate the various phases in a concrete design experiment.

END_OF_DOCUMENT_TOKEN_TO_BE_REPLACED

Origins of this book

Design research has been gaining momentum in recent years, particularly in the field of educational studies. This is shown in the topics about this on prominent journal articles, book chapters, books, special issue of journals dedicated specifically to the topic, and the more general need to revisit research approaches, including design research. All of these give influence toward the definition of the approach that now start to solidify, but also to differentiate. The need of methodological guidelines and promising examples also begin to surface. Besides it, there is the educational research community to seriously reflect on setting standards that improve the quality of this approach. This book offers such a reflection. Most of its chapters are revised, updated, and elaborated versions of presentations given at a seminar held in Amsterdam, organized by NWO/ PROO.

1. The desire to increase the relevance of research for educational policy and practice.

Educational research has long been criticized for its weak link with practice. This is especially criticized by those who view educational research as a vehicle to inform improvement. In order to increase more practical relevance of design research, researchers and practitioners construct increasingly work- able and effective interventions.  As a result the success of this work gives influence on improving policy.

Along- side directly practical applications and policy implications, design research aims at developing empirically grounded theories through combined study of both the process of learning and the means that support that process.  As the thrust to better understand learning and instruction in context grows, research must move from simulated or highly favorable settings toward more naturally occurring test beds.

3. The aspiration of increasing the robustness of design practice.

Many educational designers energetically approach the construction of innovative solutions to emerging educational problems, yet their understanding often times remains implicit in the decisions made and the resulting design. From this perspective, there is a need to extract more explicit learning that can advance subsequent design efforts.

END_OF_DOCUMENT_TOKEN_TO_BE_REPLACED

HOW TO DESIGN AND EVALUATE RESEARCH IN EDUCATION

THE IMPORTANCE OF STUDYING RELATIONSHIPS

–    Identifying relationships among variables enhances understanding where we may learn what happened, or where or when (and even how) something happened, not only why it happened.

–    Understanding of relationships helps us to explain the nature of the world in which we live and how parts of it are relate by detect connection between them.

What is a Variable?

–    A constant is any characteristic or quality that is identical within a class of objects. Individual members in the class are held constant and not allowed to vary.

–    A quantitative variable is a variable that varies in amount or degree (rather than all or none) along continuum from less to more, but not in kind. Two obvious examples are height and weight. Quantitative variable can often (but not always) be subdivided into smaller unit, for example: length. Besides it, we can assign numbers to different individuals or objects to indicate how much of the variable they posses, for example: variable “interest” of students toward a subject.

–    A categorical variable is a variable that varies only in kind (qualitatively different), not in degree, amount or quantity. Examples: Eye color, gender, religious preference, occupation, position on a baseball team, political party, teaching method, and most kinds of research “treatments” or “methods.”

–    Researchers in education often study the relationship between (or among) either (1) two (or more) qualitative variables; (2) one categorical and one quantitative; or (3) two or more categorical variable.

END_OF_DOCUMENT_TOKEN_TO_BE_REPLACED

HOW TO DESIGN AND EVALUATE RESEARCH IN EDUCATION

Research problem is a problem that someone would like to research.

–    Usually many research problems are stated as questions which serve as the focus of research’s investigation.

–    What makes research questions be researchable is data of some sort of information can be collected to answer the questions.

That is can be investigated with available resources. Lack of feasibility often seriously limits research effort.

That is unambiguous, specifically define terms used, operational needed, so people can understand what the terms used in a research question mean.

There are essentially three ways to clarify important terms in a research question:

–      Constitutive definition (dictionary approach, using other words to make what is meant clearer).

That is worth investigating. The values of intended research are the possibility of the research question to advance knowledge, to prove education practice and to prove the human condition.

Research questions frequently (but not always) suggest a relationship to be investigated. A suggested relationship means that two qualities or characteristics are tied together or connected in some way. 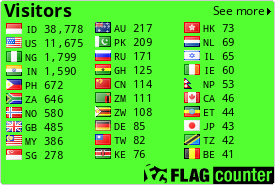